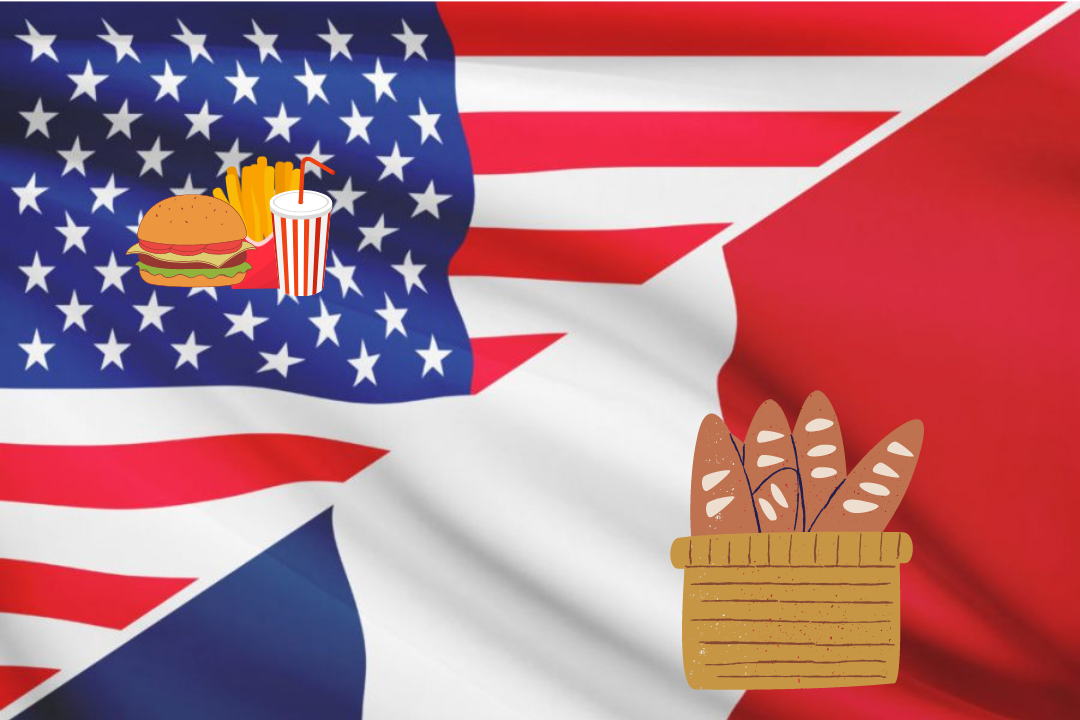 French Oak vs. American Oak: Fries vs. Baguettes or is there more to it?

Last time in Crafting the Cask – Coopering from Tree to Barrel we looked at the coopers art and the process that a cask goes through in its journey from tree to being ready to mature whisky, rum, and all the things we love.  But what what about the wood itself, how does the type of oak affect the final character of the spirit lying within?

So a Trees a Tree yeah?

When a whiskies origin and flavour are discussed more often than not we talk about the previous contents of the casks used in maturation.  Positioned prominently on many labels you’ll see the words ‘bourbon cask’, ‘sherry cask’, or some other previous use.  This is done for a very good reason; it’ll usually provide a quick and direct inferred description of what flavours any discerning punter could expect the amber liquid inside to present.

There is more to the story though and that’s the origin of the wood, which although often mentioned is not discussed nearly enough when examining what flavours a cask might impart upon the maturing spirit inside.

Usually, but not always the oak used in maturation will be French oak or American oak.  The difference between the two is not simply whether the tree was cut down closer to a Patisserie or a McDonalds, French oak and American oak are different species of tree entirely.  As a result, they have an entirely different cellular makeup, stereotypically imparting different characteristics, and even requiring different approaches to coopering to suit the different grains of the wood.

American oak Quercus Alba most commonly associated with bourbon maturation is higher in lactones than French oak, volatile aromatic compounds which impart characteristic sweet notes such as coconut or vanilla.  The bourbon distillers who use these casks in their homeland seek out these characteristic high levels of vanilla and caramel as well as the dark colour that can be imparted through heavy charring.

There is a higher proportion of Tyloses in American oak, which are natural bubble-like outgrowths in the timber that protrude through xylem (a trees arteries) restricting water movement.  This results in a denser, less porous structure that is well suited to mass scale mechanised coopering.  Which is convenient as due to a quirk in bourbons definition that came about after prohibition all bourbon must be aged in brand new virgin oak casks.

Due to its more porous nature French oak can be a much more difficult wood to work with for a cooper.  Planks cannot be sawn but must be split along their grain, a highly skilled process that limits the recoverable proportion of a tree to about twenty five percent.  This imposes the need for more artisanal approaches when working with French oak, any shortcuts could lead to a loss of water tightness.  This in turn has a direct impact on the cost of a French oak barrel which is invariably much higher, at least for a first fill cask.

Can’t we all Just get Along?

The relatively high mechanisation of the American coopering industry, coupled with the continual need for virgin casks has resulted in a higher proportion of American oak casks being made available to whisky distillers over the past few decades.  This effect has been further exacerbated by a decline in the consumption of fortified wines, once a bountiful source of seasoned French oak casks, now just a relative trickle.

The net result is that higher and higher proportions of stock being put away by distillers of all sizes are American oak casks.  Some might look upon this shift unfavourably, but subjective opinion is not the point of this article.  It is also worth keeping in mind that many bourbons are aged using French oak, and many wines and fortified wines are matured in American oak casks.

Like many things in whisky, oak selection is less about better or worse and more about different means to similar ends.  On that note it’s always beneficial to look at how the type of oak may have affected the character of the matured spirit just as much as the contents that that cask once held.