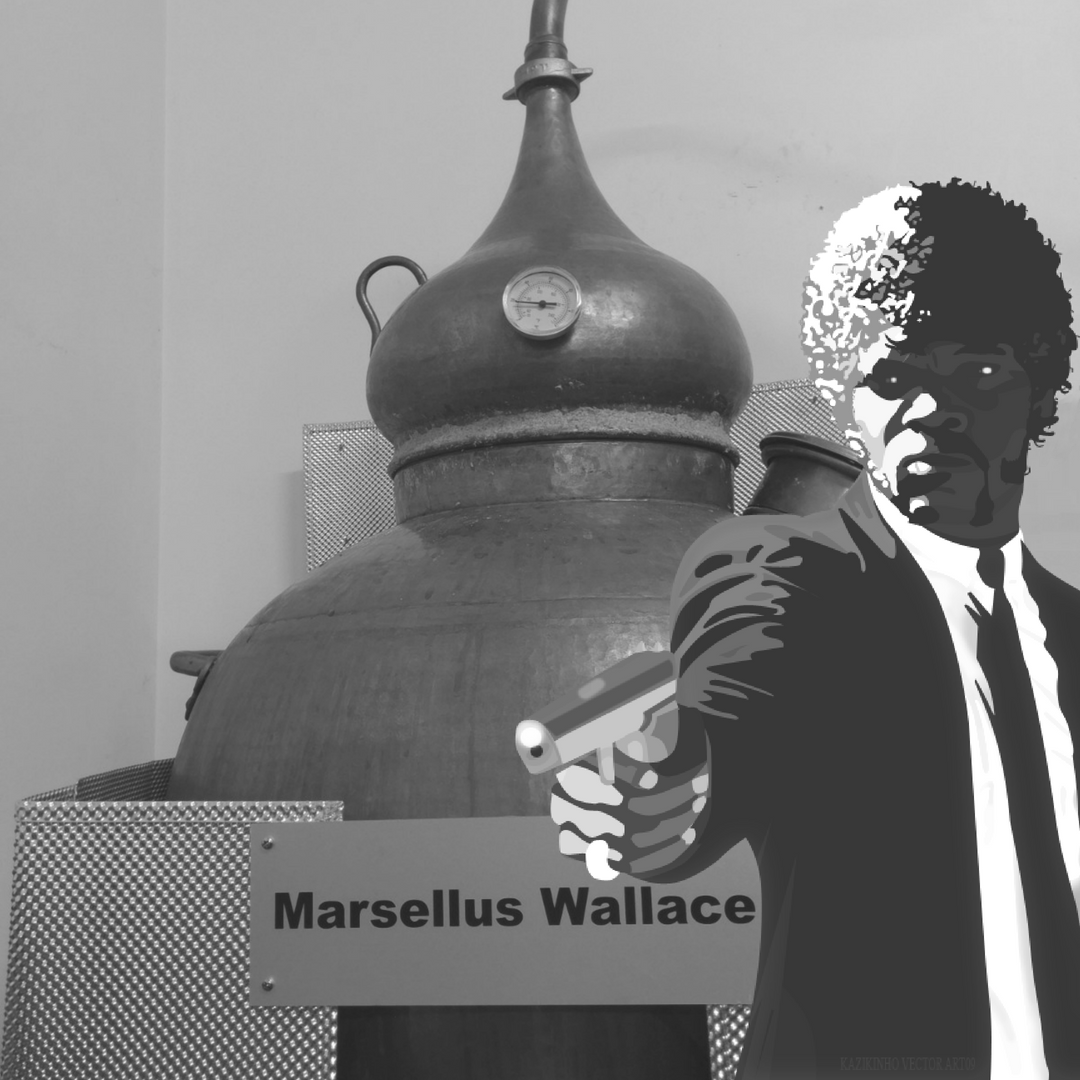 Whisky stills, Is it about the size, or how you use it?

In part 1: the origins of distilling we talked about the origins of stills (I know, crazy right?).  Today we’re going to be focussing on how the size and shape of a still can affect its performance, and despite what your significant other might keep telling you, in this case, the size of the boat is just as important as the motion in the ocean.  That’s the reason why stills don’t just come in one standard shape and size, and it’s also why we made sure that Marcellus Wallace doesn’t look like a bitch – we were also a bit wary of Samuel L. Jackson turning up at our door reciting Ezekiel 25:17.

Going back to first principals, distillation is a process that concentrates ethanol, some other alcohols, and a few highly flavoursome compounds while separating out unwanted elements, resulting in a purer, more concentrated product that is called new make spirit, moonshine, or white dog depending on where it’s made.  Which flavours get through and which don’t is determined by a number of factors, including how the still is heated, how long the spirit spends as a vapour while it’s floating up through the air (reflux), and how much copper comes into contact with the spirit.  The size and shape of a still can have a big impact on these factors, and just like how Mario Kart taught us that a jack of all trades like Yoshi will never beat a speed demon like Wario in a straight line (unless a blue shell interferes just before the finish line), the design of a still provides hard limits on how it can be run and what you can get it to do, how fast it can go, how much work it can do, and so on.

Why does the shape of a still even matter?

A quick google image search will show you that stills come in an almost infinitely variable array of designs, they can be tall or short, fat or thin, and can have curvy adornments such as boil balls (the bulbous copper onion at the base of the swan neck), pinched or riveted waists, wide necks shaped like a lantern, plain straight columns, or flat tops, along with a whole host of other potential adornments.  All of these design choices have a profound effect on the flavour and character of whatever spirit they produce.  To avoid writing an essay on the topic though, we’ll just oversimplify it by saying that as a still gets taller and wider with more copper exposed the spirit gets lighter and purer (i.e. Glenmorangie), whereas shorter and narrower stills with less exposed copper tend to produce a richer and more full-bodied spirit (I.e. Lagavulin).

The angle and shape of the lyne arm (the pipe going from the pot/swan neck to the condenser) also plays a big role, if it’s sloping upwards it acts like a further baffle, permitting only lighter compounds with higher boiling points to pass, whereas if it is angled downwards everything that makes it over the swan neck (the very top of the still) will find its way to the condenser, creating a heavier and more full-bodied spirit.

That’s not to say that how a still is used doesn’t also matter.  Just like how a skilled driver with a couple of red shells can always (sometimes) get Yoshi into first place, changing the way a still is used can result in some very interesting outcomes.  Some distilleries, like Talisker, use tall thin stills to produce a heavy spirit by filling it to the brim and running flat out without giving the copper a chance to breathe between runs.   While others like Royal Lochner distillery use a small, short still to produce a lighter more floral spirit by only partially filling it and running it very slowly with low heat.

A bit like at Royal Lochner, Marcellus Wallace is a short, fat, very round still with a descending Lyne arm, and a worm tub condenser, all elements that promote a richer more full-bodied spirit.  However, his sides are highly curved with a thin neck join leading to a wide & curved boil ball which promotes turbulence in the vapours, increasing reflux, and increasing contact between vapours and copper.  On top of this, for our spirit runs we only fill Marcellus up to around 55% of his capacity and run a super low flame, he is also rested and cleaned between each run making sure the copper is nice and fresh and ready to go to work.  All of these elements come together to promote a spirit that is both floral and light while maintaining some heavier characteristics.

If you’re keen to learn more check out Part 3: Copper, Its all about the shiny shiny Copper